Since a very young age, I would sit in class and wonder “Who do we think we are”. I would read about how we would, as a country, tell other countries what they could do or not do. Let me set the tone here correctly before it spins out of control. I am not a proponent for abuse, cruelty, slavery, or any of that. Where I am confused is – why do we think we make the best police force for the planet?

Logistically, there are concerns. Back in Grade School I wrote President Jimmy Carter. This wasn’t your normal grade school letter… rather a letter that asked why we send aide all over the world when we have a deficit and starving poor children right here at home. The response was cookie cutter and stamped with a non-caring signature. Even as a kid I knew this thing was rigged. But here we are – nearly 3 decades later, trillions more in debt, and we send aide and funding to countries trying to sway the way they “do business”. I am feeling more and more – this is not our place.

Let’s look at some recent (some ongoing) events: 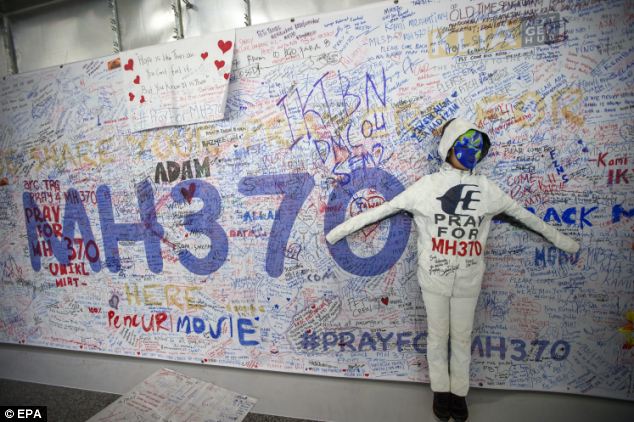 The Malaysia Airlines events floor me almost the most. They are commercial endeavors that occurred outside of our airspace. Is it a tragedy? Absolutely. Do I feel for the families that lost loved ones? Absolutely. That’s where it ends for me. The one that got lost – if it was really lost – is just that, a lost airplane out of our space. We have no immediate threat to people on the ground in America and the airlines should be properly set up with insurance and the like to compensate it’s financial responsibilities. Not our issue.

The one over the Ukraine is a bit tougher. You (we) see a commercial airliner shot down over an active “military zone”. At first we gasp, but then some things should come to the forefront of our thoughts. Why would you fly your commercial airliner so close to an “armed conflict”? Even if Russia shot it down, who are we to demand and put them to task over it? Bear with me here for just a minute – imagine the United States taking some type of weird action here in the states and then people from all over the world saying “You need to turn that over so WE can investigate it”. Bugger Off! is what they’s hear.

On the Middle East conflict I heard one Palestinian say on radio something that drove it home for me. “Cease fire is not peace – it is compromise. Peace is your relationship with your god and a cease fire is not peace”. I hear lots of people in our country blame God for this. Or they act more “Politically Correct” and blame religion. This is not God’s fault – this is man, politics, and the mis-use of faith and God to make a power move. The idea that the world looked to this area 50 years ago and said “2 states in one region – that should work” is ridiculous.

Another ridiculous talking point on this war is the idea that one is stronger than the other. Journalists are saying that the death toll is horribly imbalanced and its not fair. Really? That’s what that whole childhood saying is all about… war isn’t about being fair and I struggle to accept what it has become. If you are in a war and you are the leader, you should leverage your power, assets and relationships to WIN. You owe it to your people to squash the opposition quickly and end your casualties ASAP. This weird hostile vs. civilian vs. friendly vs. some strange rule of war (?) is bizarre. Go in – blow stuff up – Win. Done.

Hamas is fighting for rights as an occupied people — that is laughable. Think about what that statement truly translates to. Imagine… Guantanamo votes one of the suspected terrorists as president of the terrorist jail. Soon they are behaving like a civil society and forming their own governmental systems while in our prison — which isn’t even in our country. They demand to be recognized as the country of Guantanamo and have rights to come, go, and build commerce within the jail. Does that make sense? Remember, I am not writing about how I feel about the individuals in the issue – but our role as Americans in the conflicts. Could you imagine how reactive our government is to smaller countries questioning our techniques in dealing with suspected terrorists? Israel and Hamas both agree that the Palestinian territory is occupied – that’s it – we out.

Before you say that wouldn’t happen here. Before you assume we are above occupation or treating people poorly… look to the Native American… look to the WWII era Internment Camps where we unethically held Asian Americans in camps for years. War is not pretty — and we don’t need to be in everybody’s conflicts. If we join a conflict, we owe it to our own people to make it swift, deciding, and restore our society ASAP. If its a cultural issue of non-compromise, we owe it to our own people to unplug.

Syria? Why did I bring it up? I brought it up because its still going on and none of the media has covered it since Israel heated up. Is war about the numbers the media can get to watch it? Think of all the conflicts going on now: Ireland, Syria, Iran, Afghanistan, Ukraine, Mexico, Honduras, Many spots in Africa. If human injustice were the real cause to be involved – we’d be in some other places right now. 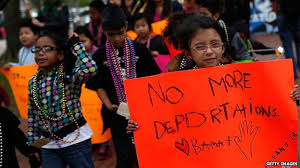 I personally struggle with this one. On one hand I feel we need to protect our way of life for future generations and strive in fact, to make it better for them. On the other, I pity the children of underprivileged regions and wish to have mercy on them. After much thought, here is my decision — it won’t be popular.

We have become a nation of laws, and there are laws in order to enter our country legally. I can’t just fly over to Italy and get a job, move in and live there. There are policies and rules to follow. I can’t just take a job in Germany – they have rules. We have rules too and the idea that we tried to make amendments to the rules (2008) to favor one region over another is sickening. We are all equal in our creation. From the basis of existence Mexicans are not better that Hondurans, or Haitians, or Russians. If you are an Illegal Alien – you are ILLEGAL. Our government owes us the respect of following our laws and deporting these individuals.

By giving these kids a false hope of normal living in the USA they see on TV, we are assisting an industry of abuse to get them here.

Thanks for letting us know!
This is how we improve bertha
What did you expect to happen?
Ask Bertha to Write About Anything
From email subject lines to full on blog posts and even Facebook adverts
Copy to clipboard
Add to Favourite
Report
Insert Default Content